The History of :
Munich Air Disaster 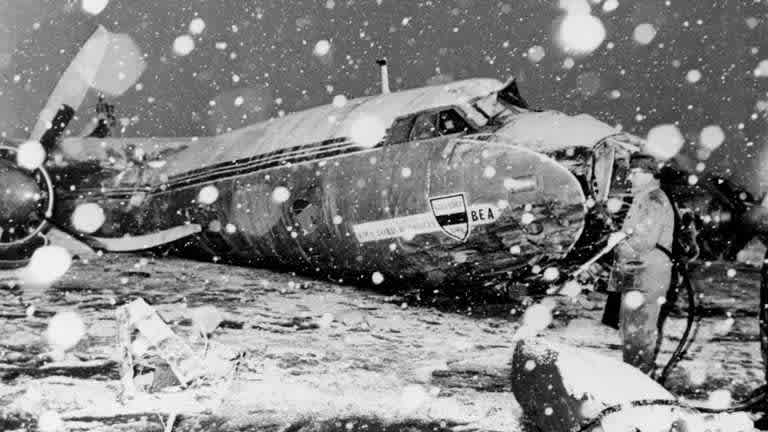 The Munich Air Disaster is one of the most heart wrenching and emotional moments for any Manchester United fan.

On 6th February 1958, Flight 609, operated by British European Airways crashed on its third attempt to take off due to a slush covered runway.

On board was the Manchester United team, en route to England after they eliminated Red Star Belgrade in Yugoslavia. 20 out of the 44 passengers died on the scene and 3 more after they were admitted to the Rechts der Isar Hospital. 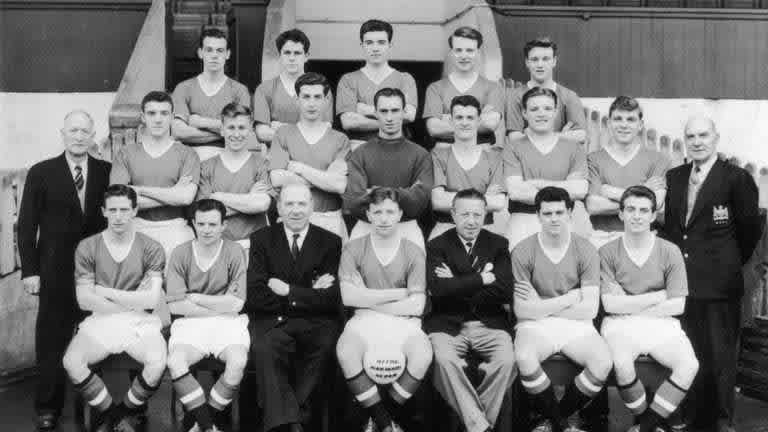 The team, nicknamed ”Busby Babes“ after their manager was returning to England after making it through to the semi-finals of the European Cup.

Since a non-stop flight from Belgrade to Manchester was beyond Flight 609, it took a stop to refuel in Munich. Two take-off attempts were unsuccessful due to boost surging from the left engine.

Instead of staying overnight, Captain Thain decided to make a third attempt. By then, due to the snow, a layer of slush had formed on the runway.

While taking off, it hit the layer of slush and the plane went through a fence.

Passengers feared that the aircraft might explode and started evacuating. United keeper Harry Gregg helped the survivors to get out of the wreckage.

In that moment, 20 of the 44 passengers were killed.

Airport authorities naturally blamed Thain for not de-icing the aircraft wings but further investigations revealed that the slush caused the plane to go below safe take off speeds.

The damage that was done 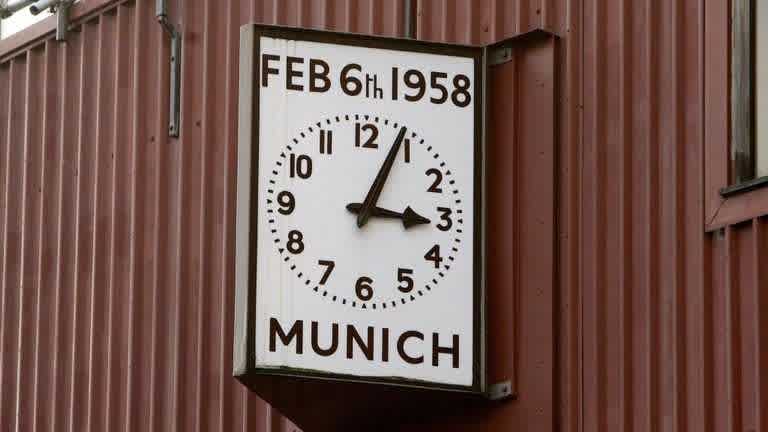 Manchester United were trying to win their third consecutive English league title and were three points behind Wolverhampton Wanderers with 14 games to go.

The crash diminished their hopes of winning the title while also destroying what promised to be one of the most successful generations of upcoming youth players in English football. 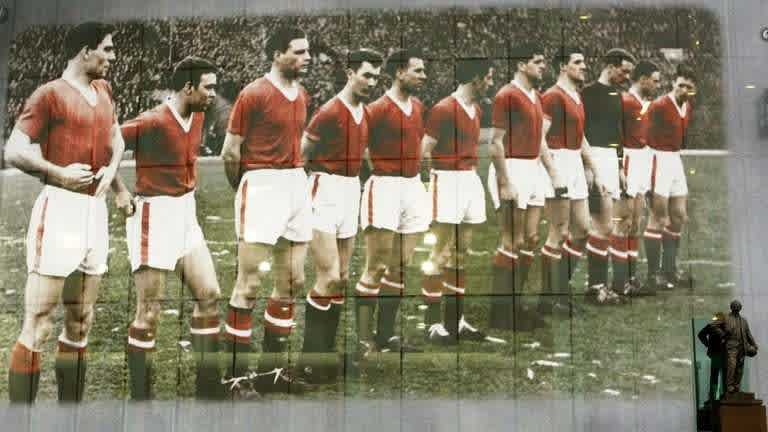 There was news that the club would break under this pressure and sentimentality. Despite that, a newly formed Manchester United team completed the 1957-58 season with assistant Jimmy Murphy standing in as manager.

Reserve and youth players helped defeat Sheffield Wednesday 3-0 in the first match since the disaster.

The match programme was a blank space, a hauntingly fitting tribute to the tragedy the club had witnessed.

United's fiercest rivals Liverpool also offered to loan 5 players to help put a side together.

United sadly won only one league match after the incident, also losing 2-0 to Bolton Wanderers and then they lost 4-0 to Milan at the San Siro after defeating them at home.

Real Madrid, the club that eventually went on to win the European Cup, decided that the
trophy be awarded to United, but this failed to materialize.


Forever in our hearts 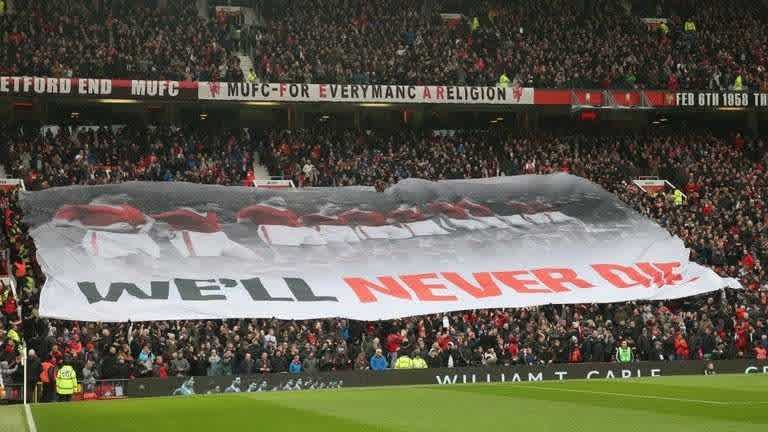 On 25th February 1960, the first memorials were unveiled to respect staff and players.

The first one was in the shape of Old Trafford with the image of a green pitch, with the with the names of victims carved in black and gold.

Above that was a teak carving of a supporter and player, heads bowed down and a football inscribed with the date ’1958‹.

There was also a memorial unveiled on the same day, highlighting the journalists that had lost their lives in the incident.

The final and most probably the best known memorial is the Munich Clock that was paid for by the Ground Committee and attached at the south-east corner of the stadium with ’6 Feb 1958‹ at the top and ’Munich‹ at the bottom.

There are also a few memorials in Munich and Belgrade, along with some newer memorials made in England over the 40th and 50th anniversary of the disaster.

There have been many tributes made in order to remember this unfortunate day.