Top 10 anime you can find on Netflix right now 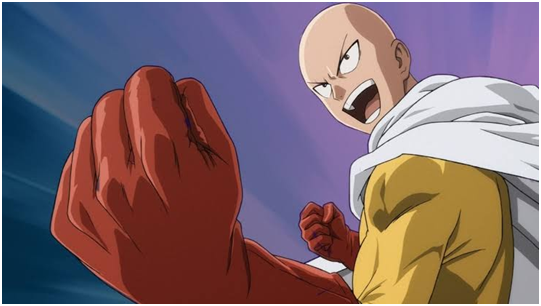 Anime has evolved significantly over the years and there's always a new addition every year that makes you want to leave everything and binge it for hours.

Though there's a dedicated anime section, there is a lot that an otaku will plead for − a request that the streaming service can't fulfill.

Luckily, we have brought to you some of the best anime we could find on Netflix.

There are some obvious ones, some that you may have overlooked and a hidden gem here and there that will have you invested.

These are in no particular order, so sit back and enjoy them whenever you like without any pressure. 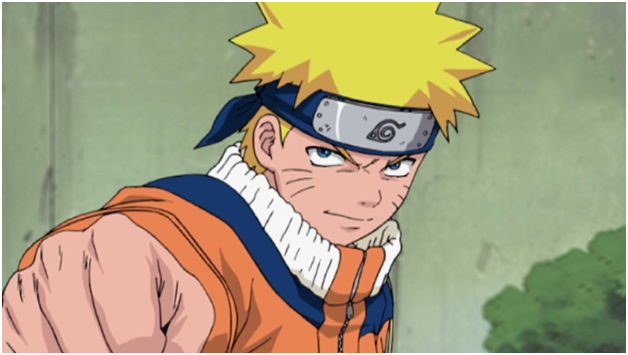 Many detest the anime, either due to its run time or its popularity, but you can binge this show for hours.

What's available is the good old knucklehead Naruto in his younger days.

Classic fights such as Lee vs Gara, Neji vs Naruto, are all present.

There is no Shippuden on Netflix (continuation series), so you can sit back and gather your chakra.

If you have never understood why people love anime so much, this show can explain it well.

The anime follows the heinous yet well thought out plan of Light Yagami after he is given the Death Note − a book that can kill anyone once their name is written on it − by a shinigami (death reaper) named Ryuk.

Light, known to his followers as Kira, goes on about his plans and ideals of justice (which are illegal of course) until he comes across a detective named L.

The story then revolves a longstanding psychological battle that heightens the experience for viewers.

You'll come to love and hate both characters when you see their thought processes, but
at the end of the day, you will find yourself questioning morality and ethics.

Don't forget to watch the show with a bag of potato chips! 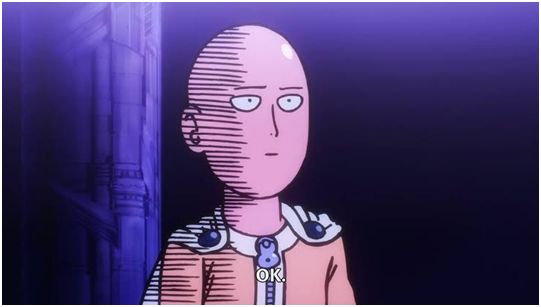 It is likely that you have heard about One Punch Man before.

Or Saitama. Or his expression.

One Punch Man is a brilliant anime on superheroes as well as existential crisis faced by our lead character.

As the title suggests, Saitama needs only one punch to finish off his enemies.

But, the social and mental risks that superheroes can face are well documented throughout the show.

License registration, dealing with the public, making your way through the hierarchy, etc are some outstanding aspects the show dwells on.

You can also check My Hero Academia, since it revolves around a similar organized hero system theme. 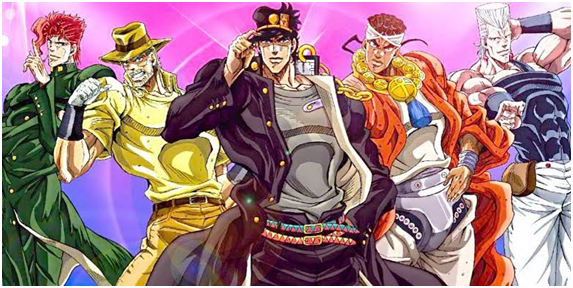 Words cannot describe the mad ride that is JoJo.

You may have been compelled to watch the show because of the memes − “Is that a JoJo reference?“

And with JoJo, the hype matches the show's outstanding plot.

The show revolves around the Joestar family and an ill−willing villain, Dio Brando, that simply refuses to die, thanks to his eternal search for power.

These conflicts take place over hundreds of years, and each new season introduces a new JoJo, with his own characteristics, power and wit.

Though there are some battles that fit the shonen category well, there are times when intellect, timing and concise plots save the day.

The Netflix presentation does not have the latest release, Golden Wind, but there are
plenty of episodes to go through.

The first season is a bit slow, but once it picks up, it will surely make you come back
for more.

By the end of it, if you are not screaming “Za Warudo“ or “Ora Ora Ora“ at random people
or things, then you definitely are not into anime. 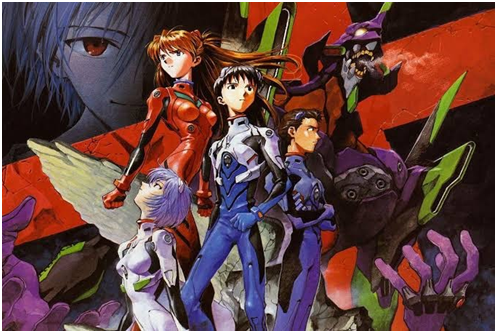 If you haven't heard or seen Neon Genesis Evangelion, there is plenty that you have missed.

Possibly one of the best selections of anime, NGE is a show that basically no one can ever explain correctly.

The story starts off with Shinji Ikari being somewhat forced to pilot an Eva, a humanoid robot, to battle against these enormous Angels that are bent on destroying the planet and causing the Third Impact.

As much as we'd like to dive in and explain the plot, we will leave that to you so your brains can get fried and perplexed at the complexity of it all.

There are fun bits with Misato in the show, the cockiness of Asuka and the most out−of−this−world character in Rei.

Topics such as cyberocracy, mythology, existentialism, mental well being, family relationships, nihilism, post−apocalyptic scenarios and humanity is discussed without saying much.

You are in for a ride you never thought you wanted to take. 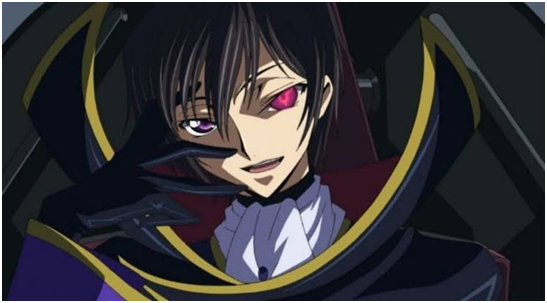 Code Geass: Lelouch of the Rebellion

If you do not have the time for Death Note and Neon Genesis Evangelion, but want to experience what they would be like, then Code Geass is your go to anime, with the addition of college life involved.

The story revolves around Lelouch vi Britannia, who receives powers from a mystical character named CC − an eye that makes people obey at will.

Add to it the Mecha battles of NGE and you have college students fighting to overthrow Britannia's government that has conquered Japan and many other countries.

There are many similarities between Lelouch and Light Yagami from Death Note, and you will be engrossed into this two season long show soon enough.

If Cowboy Bebop was available on Netflix, Trigun would probably never make its place in the list.

Despite that, you will see that it doesn't play second fiddle to the legendary anime. It's just underrated.

Add to it two insurance workers, Meryl Stryfe and Milly Thompson who are present to minimize damage by Vash (he has been rumoured to wipe out entire cities).

To finish this pot, add Nicholas D. Wolfwood, a gunfighter like Vash with his own demons.

That's when you get Trigun. A seemingly meaningless yet revolting show that throws human
existence in the air like a ball without carrying how and where it lands.

You can expect the humour, but more than that you get to see Vash's miserable past,
and more importantly, a bond that drives the story forward to its ultimate, yet eerily
satisfying conclusion. 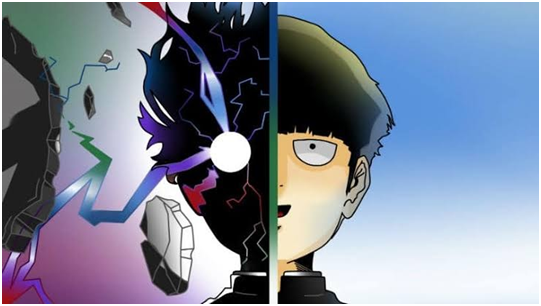 Ever look at an average person and just ignore them because of how ordinary they seem?

You will do the same for Shigeo Kageyama, also known as Mob.

But once you learn about his psychic powers, you are likely to stay away from him.

Ironically, he works for Reigen, a fake psychic that has a great outlook despite his shady choices.

Eventually the story boils down to a stunning battle when Mob encounters other psychics like him name Claws.

A modern anime, it is noted for its colour palette and its vivid depiction of characters and their auras which reflect on the show in a stunning fashion.

Remember we talked about hidden gems? The Tatami Galaxy is certainly one.

Recently added to Netflix, it is another underrated masterpiece that puts audiences in awe by the time the show ends.

At 11 episodes, this is a show that you can finish easily in a day.

To start off, our protagonist introduces himself in the most bizarre fashion (watch the first few episodes, you will know).

It is one of the rare shows where we are never told the protagonist's name.

But, what's fascinating is him going through parallel universes to find out how his college and future life would have turned out.

Most episodes are the same, with the protagonist joining a circle (movie clubs, tennis clubs, etc) in college expecting a fun life only to be disappointed.

Interestingly, our protagonist comes to like Akashi and we have episodes where he misses the chance to ask her out and date her eventually.

There are many running gags, like the fortune teller, the disgust against Oku and artwork that you come to expect in its own flavours, once you start watching the show.

Episode 10 and 11 are excellent. You can just watch them over and over while feeling dread, joy, excitement and every possible feeling.

It comforts you and validates your vulnerable existence as you can just sit and watch while the plot unfolds.

The ending may be something you expected, but there are fourth wall breaks there too. 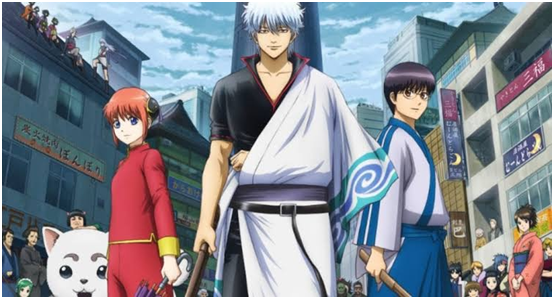 You can start booing now. There's no Hunter x Hunter, Bleach, Fullmetal Alchemist or whatever anime you wanted here.

Gintama is the best when it comes to comedy in anime, and despite only two seasons being present, it still slaps.

The story takes place in Edo, where aliens named Amanto have taken over humans.

It follows the life and ideals of one samurai, Gintoki Sakata, who is oddly enough, a freelancer along with his good for nothing friend Shinpachi and the overpowered Kagura, who is an alien in human form.

They run the Yorozuya, an office that takes requests for all sorts of work, and often get involved with, or fight factions such as the Shinsengumi Police Force.

This anime takes fourth wall breaking, parody, running gags and dry humour to a level not seen even in comedy shows in the west.

A vast line of characters, their recurring problems, plots that make you question what
you are watching and the characters' lack of care for their surroundings make it an
entertaining watch.

And even despite its comical nature, it has some of the best fights ranked in top 10s
when it comes to anime battles.