a few entrepreneurs who have taken the world by storm

"Two steps forward, one step backwards is still one step forward." It's hard to build a company. However, every entrepreneur has to start somewhere. There's no magic shortcut to creating a successful company. In industry, however, there is no prejudice either. It doesn't matter when you start your journey or where you start your journey. If you're successful, you're going to succeed. It can take years, though, before you get somewhere you're proud of. Here are a few entrepreneurs who have taken the world by storm.

1.Falguni Nayar, Founder of Nykaa
After working for 20 years as an investment banker with Kotak Mahindra, she quit her job to follow her own dream. In 2012, she founded a company named Nykaa, which sells beauty and wellness products online. The business has become so popular among Indian women today. In 2017, she was named "Business Today's Most Powerful Business." She was also awarded the "Woman Ahead" prize at the Economic Times. The business has been a collaborator with Femina since 2014.

2.Richa Kar, Founder of Zivame
Richa Kar completed her engineering studies at BITS, Pilani, followed by her management studies at the Narsee Monjee Institute of Management Studies in 2007. Later, she worked for SAP Retail Consultancy, where she found herself working for the popular Victoria's Secret lingerie company. Kar studied a lot of lingerie stores and noticed that women were uncomfortable buying undergarments, as the stores had a male salesperson. She came up with Zivame to fix the problems! The name Zivame is derived from the Hebrew word radiance. So, the main motivation of this young lady, Richa, is to help women understand their lingerie needs and to buy them without any kind of embarrassment.

3.Sairee Chahal, Founder of SHEROES
Sairee Chahal is the founder, CEO of SHEROES−a community forum for women, providing help, services, opportunities and experiences through Sheroes.com and the SHEROES App. She is credited with building up women at work and future−of−work discussions in India, as well as building powerful technology to address gender inequality issues in India. Aspen Leadership Fellow, she also holds the SHEROES Summit−India's largest women's forum. With an M.Phil from JNU and a PGDBM from IMT Ghaziabad, she began her professional career while still in college before co−founding her first startup.

4.Aditi Gupta, Founder of Menstrupedia
Aditi Gupta is the creator and co−founder of the Menstrupedia software. Aditi and her husband have created a comic book to explain and teach girls about menstruation. Later on, they created a website called menstrupedia.com. In 2014, Menstrupedia became a partner with Whisper India for their school contact program and presented "Touch the Pickle," a campaign that took place in four different cities. In the same year, she published a comic book and had a lot of success, the book was translated into Spanish and Nepalese. Menstrupedia comics are used by schools including Bright English School Ahmedabad, Ecole Mondiale World School, GlS Elementary School, and many others.

5.Malini Agarwal, Founder of Miss Malini
Miss Malini Agarwal is the founder and creative director of her own company, Miss Malini. She is one of the women entrepreneurs in India who really started out on the couch and took the road of becoming a host, a digital influencer, a best−selling author, and then an entrepreneur. As her fame began to grow, she continued to reach new avenues. She is considered to be one of India's most powerful women. It has also been featured on lists such as GQ's 50 Most Influential Young Indians and Fortune India's 40 Under 40. Today, her business has made revenue and has become an entertainment establishment that covers lifestyle posts, celebrity news, tips and tricks and much more!

6.Suchi Mukherjee, LimeRoad
In 2012, the marketplace of online apparel and lifestyle accessories was founded by Suchi Mukherjee and called LimeRoad. Initially, it started as a platform only for women, gradually, she added to the website men's, kids wear including home decor, kitchen accessories. oday, this company is regarded as the most trendy online shopping website for men and women in India. She graduated in Economics and went to Economics School in London to earn a Master's degree in finance. If we talk about her achievement, she has won several awards, including the Coolest Start−up of the Year (Business Today), Infocom Women of the Year−Digital Business, and the Unicorn Start−up Award (NDTV). 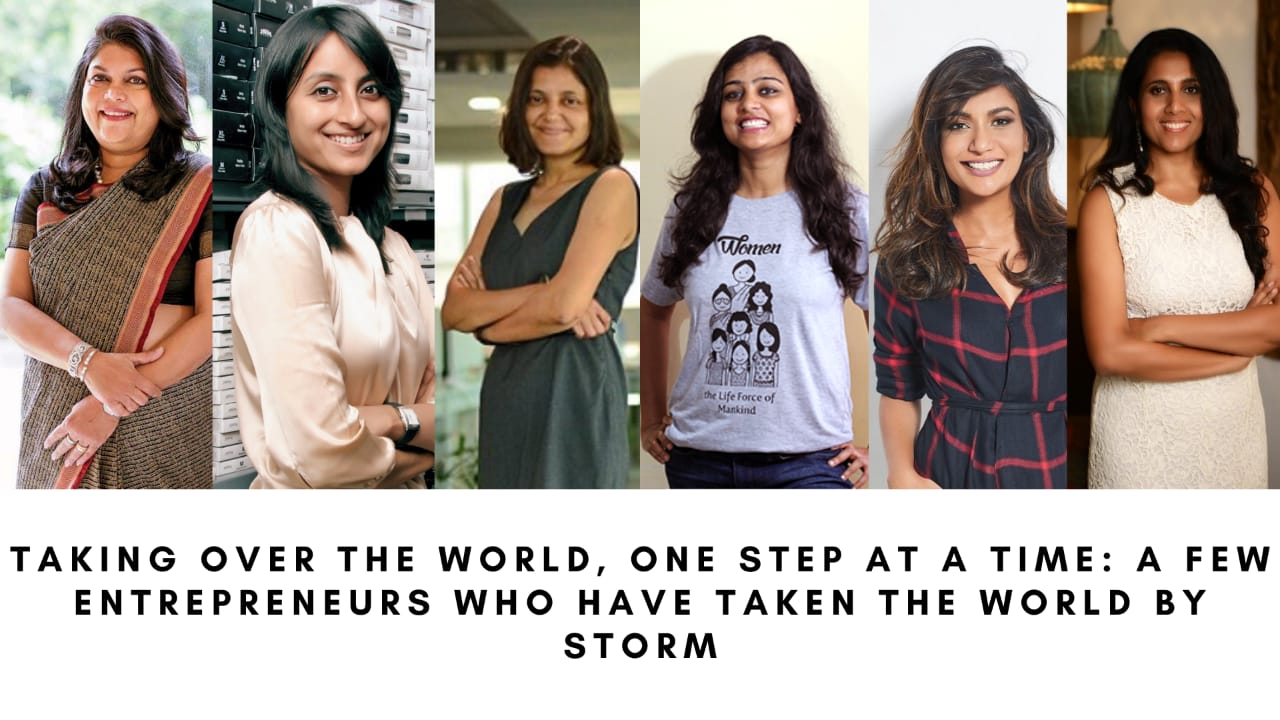